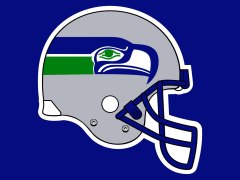 The Seattle Seahawks host the San Francisco 49ers in the NFC Championship on Jan. 19 and a trip to New Jersey for Super Bowl XLVIII is the prize.

Some of the best players from the losing team will go to Hawaii for the Jan. 26 Pro Bowl, where former 49ers and Seahawks’ receiving legend Jerry Rice will act as an honourary captain.

The teams are 15-15 all-time in regular season. The rubber match, the NFC Championship, is their first playoff meeting.

The intertwined history of the two west coast franchises — rivals based in tech-savvy, earthquake-prone zones — included a trip to B.C. Place Stadium in Vancouver for the 1998 American Bowl exhibition game, which was the first game aired on CBS as part of its new deal with the NFL.

The Aug. 15, 1998 event ended 24-21 in favour of the 49ers. John Becksvoort kicked a 31-yard field goal on the final play for the win before 45,000 fans (42,070 of whom paid for tickets that ranged $22 to $58. B.C. Lions’ owner David Braley reported a $200,000 profit, despite the nearly 15,000 empty seats on the muggy Saturday afternoon. The game was in jeopardy of cancellation until B.C. Pavilion Corporation reached a late July truce with B.C. Government and Service Employees’ Union workers who were in a legal strike position.

The National Football League’s 32nd such international exhibition game included the Backstreet Boys singing the national anthems. The boy band was in town for a concert at neighbouring GM Place, now Rogers Arena.

The Dennis Erickson-coached Seahawks were hoping to spur interest north of the border. The club had just 200 season ticketholders in the Lower Mainland, due, in part, to the slumping Canadian dollar. (The club now boasts more than 3,500 B.C. season ticketholders).

B.C. Lions’ second round draft pick Ryan Thelwell was on the roster for the Steve Mariucci-coached 49ers, along with flamboyant Terrell Owens. 49ers’ pivots included Steve Young and Ty Detmer. Young told reporters he wished he could spend more time in Vancouver. “I loved the food, I’d fly up here again just to eat at Joe Fortes.”

Cornerback Marquez Pope scored early on a 70-yard interception return for touchdown to set the pace for San Francisco 49ers. But the Budweiser-sponsored game was overshadowed somewhat by a brawl among fans, many of whom had imbibed at a pre-game tailgate party in a nearby parking lot.

I was standing near “Dr. Sport” Greg Douglas in the secondary press box when the brouhaha (brew-haha?) erupted in the seats below. In his Vancouver Sun column a week later, he mentioned the 37 people who were ejected for unruly behaviour.

The “instigators were decked out in Hooter Rooters T-shirts,” Douglas wrote. They were patrons of the Hooters in Surrey owned by Moray Keith, the Dueck GM owner. The gimmick burgers-and-beer chain known for its waitresses in tight white T-shirts and shiny orange hot pants didn’t last long locally and is but a memory. Much like the American Bowl of 1998.

There hasn’t been an NFL game in B.C. since.