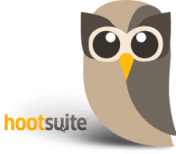 You might be saying, “hey, didn’t city hall already tell us how much it’s costing HootSuite to rent the building?”

After months of flouting the FOI law, city hall did relent on Jan. 21 and release the rent contract a matter of hours after Cedar Party leader Glen Chernen‘s news conference about his quest to find out.

The contract shows how much HootSuite is supposed to be paying each month. I

have filed multiple FOI requests to find out what the city is actually receiving every month. I want a list of dates and amounts, but city hall refuses to show you and me how much money is actually changing hands every month. I also wanted the subscription contract and any records related to the procurement. The important parts — the dollar values — are censored.

If city hall is genuinely receiving the same amount for rent from HootSuite that is stipulated in the contract and if city hall is actually paying fair market value for the subscription, then why not be open and transparent? By prolonging the secrecy, Vision Vancouver only breeds suspicion.

The party’s leader, Mayor Gregor Robertson, came to power in 2008. In his swearing-in speech, he promised to “ensure transparency” at city hall and boldly stated: “I will not let you down on making city hall more open and accountable.” So why are citizens and the media subjected to a Kafka-esque ordeal from the FOI office?

Additionally, in buying the subscription, city hall may have broken its own procurement policy by not considering competing prices and products. In similar fashion, Vision Vancouver decided to give market research company Vision Critical an untendered contract for an online citizens’ polling system called Talk Vancouver. Unlike HootSuite, city hall did show us how much it is paying Vision Critical for use of its Sparq software. See my story in the Vancouver Courier.