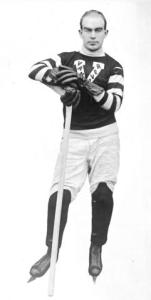 An obscure housekeeping amendment by provincial lawmakers means big changes for cities and towns around British Columbia. And it is going to cost taxpayers.

The little-known Converting Numbered Streets to Named Streets Act will phase out numbered street signs and replace them with words. The move was included in a batch of legislation being updated during the current session of the Legislature.

City of Vancouver is already making plans to change signs on its 77 numbered streets, according to a list leaked from the Manitoba Works Yard.

The first new street sign to be unveiled in B.C. will transform 12th Avenue, on which Vancouver City Hall’s south entrance is located, into Cyclone Taylor Way. It is an apt move, because the Millionaires’ star became a civic bureaucrat in his later years.

A ceremony is planned before noon on April 1 at city hall with members of city council. The masters of ceremony will be the city’s co-directors of street identity and neighbourhood branding, Si Yuediyi and Avril Tromper.

4 thoughts on “Days are numbered for numbered streets”