A little bird, with a lower-case b, told me about a big appointment on the horizon.

Jane Bird, a protege of Ken Dobell (remember him?), is expected to take a senior management or advisory role on some major infrastructure projects around Southwestern British Columbia. My sources tell me that her initial assignments could include the controversial demolition of the Georgia and Dunsmuir Viaducts in Vancouver and the on-again, off-again Victoria sewage treatment plant.

Bird’s resume includes stints under ex-Premier Gordon Campbell at Canada’s high commission in London, as CEO of the Columbia Power Corporation and CEO of the Canada Line, the SNC-Lavalin built-and-operated airport-to-downtown SkyTrain. The Canada Line construction caused major havoc for merchants in a retail district on Cambie Street. Hundreds of those merchants are eligible for compensation. 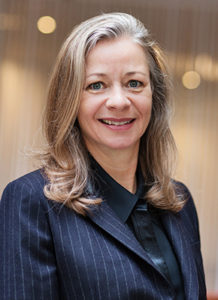 In March, she joined the Vancouver office of law firm Bennett Jones as the (get ready for this mouthful) senior business advisor, complex public and private construction and infrastructure advisor.

I noticed that Bird met last Oct. 19 — federal election day — with Mike Magee, Mayor Gregor Robertson’s chief of staff. The meeting, but not the reason for it, was recorded in Magee’s calendar, which I obtained under Freedom of Information.

It’s a good time for anyone in Bird’s business. Because it’s 2016, Prime Minister Justin Trudeau is running deficits and unleashing billions of dollars for infrastructure spending. Meanwhile, the B.C. government is in mediation with SNC-Lavalin over Evergreen Line cost overruns and TransLink is keeping secret the new and higher cost estimates for the proposed Broadway subway and Surrey light rail projects that rely on federal taxpayers’  money.

Bird has not responded to my phone and email messages. I will let you know if she does.

UPDATE: Bird was named June 9 to chair the board that is planning the on-again, off-again, on-again sewage treatment plant in Victoria. The transit (but not sewage) expert will be paid $120,000 for the first six months. More details at this story in Business in Vancouver.

4 thoughts on “Ex-Canada Line CEO to be recycled?”