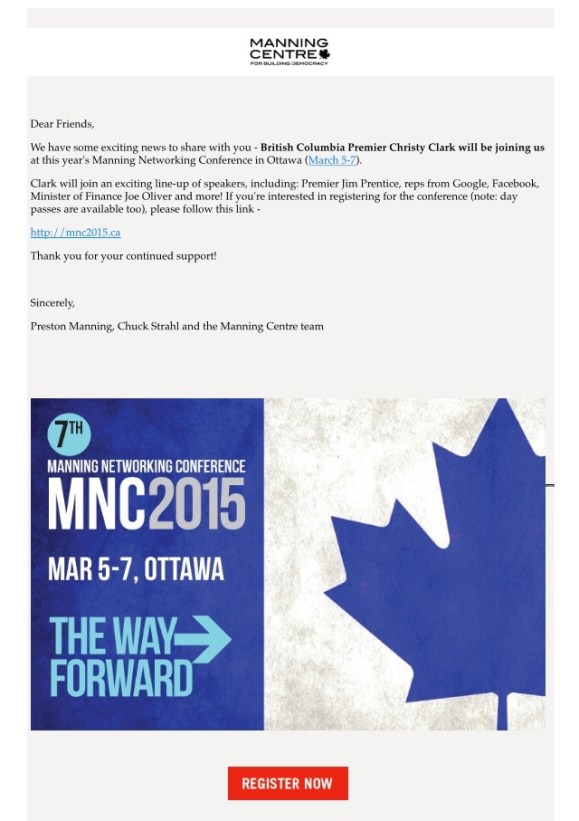 There she goes again.

BC Liberal Premier Christy Clark, an unabashed, Capital-L federal Liberal, will be in Ottawa, rubbing shoulders with small-c conservatives and Big-C Conservatives at the March 5-7 Manning Networking Conference.

The MNC2015.ca website says it “brings together conservative-oriented thinkers, students, politicians and interest groups to further develop and create a stronger conservative movement.”

In the hope of selling last-minute tickets (up to $417.45 a pop!), Manning Centre chair Chuck Strahl — the former Tory cabinet minister, spy watchdog and Enbridge lobbyist — sent this message to those on the centre’s email list.

According to the schedule, Clark will be speaking March 6 in a forum called “Energy, Environment and the Economy” with Alberta Premier Jim Prentice and Yukon Premier Darrell Pasloski.

It will be a welcome departure for Clark from B.C., where another E-word is on citizens’ minds: Education.